In response to Bill’s comments, General Motors made the following contribution to the debate:
“If GM had developed technology like Microsoft, we would all be driving cars with the following characteristics:

For no reason whatsoever, your car would crash twice a day.

Every time they repainted the lines on the road, you’d have to buy a new car.

Occasionally your car would just die on the motorway for no reason, You would have to pull over to the side of the road, close all of the car windows, shut it off, restart it, and reopen the windows before you could continue. For some reason you would simply accept this, restart and drive on.

Occasionally, executing a maneuver would cause your car to stop and fail to restart and you’d have to re-install the engine. For some strange reason, you’d accept this too.

Occasionally, for no reason whatsoever, your car would lock you out and refuse to let you in until you simultaneously lifted the door handle, turned the key and grabbed hold of the radio antenna.

You could only have one person in the car at a time, unless you bout a “Car 95” or a “Car NT”. But then you’d have to buy more seats.

Macintosh would make a car that was powered by the sun, twice as reliable, five times as fast, twice as easy to drive – but it would only run on five percent of the roads.

The Macintosh car owners would get expensive Microsoft upgrades to their cars which would make their cars go much slower.

The oil, engine, gas and alternator warning lights would be replaced with a single “General Car Fault” warning light.

People would get excited about the “new” features in Microsoft cars, forgetting completely that they had been available in other cars for many years.

We’d all have to switch to Microsoft petrol and lubricants but the packaging would be superb.

New seats would force everyone to have the same size arse.

The airbag system would say “Are you sure?” before going off.

If you were involved in a crash, you would have no idea what happened.

They wouldn’t build their own engines, but form a cartel with their engine suppliers. The latest engine would have 1 cylinders, multi-point fuel injection and 4 turbos, but it would be a side-valve design so you could use Model-T Ford parts on it.

There would be an “Engium Pro” with bigger turbos, but it would be slower on most existing roads.

Microsoft cars would have a special radio/cassette player which would only be able to listen to Microsoft FM, and play Microsoft Cassettes.Unless of course, you buy the upgrade to use existing stuff.

Microsoft would do so well, because even though they don’t own anyroads, all of the road manufacturers would give away Microsoft cars free,including IBM.

If you still ran old versions of car (ie. CarDOS 6.22/CarWIN 3.11),then you would be called old fashioned, but you would be able to drive muchfaster, and on more roads!

If you couldn’t afford to buy a new car, then you could just borrowyour friends, and then copy it.

Whenever you bought a car, you would have to reorganize the ignitionfor a few days before it worked.

You would need to buy an upgrade to run cars on a motorway next to each other.

Every time Microsoft introduced a new car, car buyers would have to learn to drive all over again because none of the controls would operate in the same manner as the old car.

Microsoft would require all car buyers to also purchase a deluxe set of Automobile Association Road maps (now a Microsoft subsidiary), even though they neither need nor want them. Attempting to delete this option would immediately cause the car’s performance to diminish by 50% or more.

You’d have to press the “Start” button to turn the engine off. 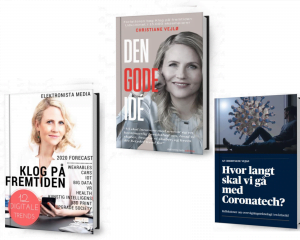